Stacy Nathaniel Jackson is a true success story within the African-American LGBTQ movement. His gift for artistic expression is at the heart of everything he does. What you are about to read is the life and ongoing legacy of a true test of character. One that continues to define and shape himself and others to this very day.

Before graduating from the Haas School of Business in 1990, Stacy applied to USC in the hopes of following in his father’s footsteps. The son of an engineer, Stacy was very confident in his ability to get accepted into USC so much so that he only applied to one school.

He, of course, got in and from there, he started his journey by first attempting a psychology major. However, Stacy would find that this wasn’t the direction he wanted to go in.

This direction would eventually change, and Stacy found himself in the studio arts where he then transitioned to the graduate school of the University of Arizona. But this didn’t last long.

The Beginning of the Arts

Stacy would leave graduate school to return to Los Angeles, his place of birth. Here, he would find work with the LA Times, working in the customer service department. This would eventually lead him to a job at HBO, where he was part of their sales and marketing team.

Already, you can see where his life in the arts began taking shape. Thankfully, Stacy was mentored by some influential people who directed him to go to business school, where he did really well by going above and beyond applying himself.

Continuing to work hard, as he has all his life, Stacy would find the desire to continue to be challenged (#studentalways), both academically and artistically. Although his background was not quantitatively heavy, he took it upon himself to take extra classes to make sure he was prepared for business school.

A Need for Challenge

From there, Stacy would take on another challenge. Working for Pepsi Cola as their senior business planner. Throughout all of the jobs that Stacy held, it wouldn’t be until after graduating from Haas that he decided to make the transition to male.

For someone who began their schooling at Ramona Convent College Preparatory School for Girls, making the bold declaration to transition in the 90s was nothing short of brave.

To do so in those times was often met with resistance. And it wouldn’t be long after his decision to transition that this resistance would come into play.

After Haas, Stacy transferred to USCF. It is here that Stacy got his first taste of the negativity that often comes to those who decide to transition.

Problems arose when he decided to go under a different name. There were rules and regulations in place that made it difficult for this to happen. Stacy views his name as only a nickname at this point. But USCF didn’t share the same viewpoint.

An Attempt for Change

This angered Stacy, as he sent several emails in an attempt to get this transfer resolved in a manner that suited his transition. No amount of conversation would get his name changed until he decided to meet with the senior director alumni relations directly.

That was all it took to make the change happen. Fortunately, the director had many ties that benefited Stacy’s cause to allow for his name to be changed at USCF. This director was responsible for advocating on Stacy’s behalf.

By Stacy continually voicing his displeasure for all of the hoops he was forced to jump through, he was finally able to meet with someone who would actually listen to his plight. It wasn’t like this was something new that Stacy decided to do on a whim.

Stacy had known his true identity since the age of five. One can imagine the internal struggle that waged on within Stacy throughout his life before and after Haas. His thought was to always keep his transition private.

But this was not to be. Stacy would eventually become a voice for the voiceless within the LGBT movement. He just didn’t know it yet.

In his younger years, he never thought of his transitioning as something to be shared with others. But as he got older, the more evident it became to him that his story could be used to help others in similar situations, especially those within the African-American transgender community.

Stacy’s ability to express himself in various forms of art is certainly responsible for his ability to resonate with those who aren’t accustomed or familiar with the LGBT lifestyle.

Stacy is even the former board president of a one of the leading transgender and queer performing arts nonprofits, Fresh Meat Productions. It is because of his passionate drive to help impact the lives of fellow transgender people that has led Stacy to such an experienced background.

What was once thought to be a private change in his life would turn out to be an incredible outpouring of support for others just like him. It is of the utmost importance that there be an alliance for those who are struggling with their transgender identity.

The Need for an Alliance

African-Americans who are transitioning perhaps need that support more so than others. And for this reason, Stacy has developed a drive to be the very best in all avenues of life – not just the transgendered life.

It is this drive that has earned Stacy an MBA from UC Berkeley’s Haas School of Business, an MFA in Creative Writing from San Francisco State University, his graduate coursework in sculpture at the University of Arizona, and a BAFA in Studio Arts from the University of Southern California.

These kinds of commendations don’t come easily. Each one is a testament to Stacy’s determination to be the very best he can be, regardless of the obstacles that have pervaded his life. A transgender African-American in the 1990s was quite taboo. But it was Stacy’s goal to see this taboo way of thinking become accepted.

Stacy worked through anything in his path to become the true success story that he is today. It is his goal to push for public policies that serve to accommodate all transgender people. Regardless of color or orientation.

Stacy never considered himself an activist early on in his life. But as things would unfold throughout his various careers and education, it became clear that this was the task that he would have to take on for the betterment of everyone in the LGBT community.

Thanks to Stacy’s penchant for speaking and writing eloquently, as well as his bent for artistic expression, it lends to his voice being heard more clearly. Perhaps it is for these reasons that Stacy is as well-regarded as a leader in the LGBT movement.

Stacy feels that each transgender situation is unique. Each person will deal with different challenges in the workplace and in life. It’s important to surround oneself with equally open people to gain acceptance.

But it’s clear that not every career or educational venture will be met with open people on all sides. Anytime a transgender person decides to come out, it’s going to affect those around them. Whether family, friends, coworkers, or classmates, people are going to be affected by your decision.

It’s important to give everyone in your life time to adjust to your decision. At times, it might be easy to become impatient with certain people. But you need to remember to give them space and time for this to see itself to the end.

Stacy maintains that transparency is key. It can be easy to misgender someone who has recently transitioned. It’s important that you become an ally and work to minimize microaggressions that occur within the transgender community.

Work to establish a partnership with fellow transgender people so that they can become more comfortable with their own journey. This will go a long way in developing a trust among other like-minded people within the community.

Now at the age of 60, Stacy continues to work as an artist, author, and activist. His published work has been seen in Lodestar Quarterly, Black Arts Quarterly, New American Writing, and Foglifter, just to name a few.

Throughout his life, Stacy was building toward helping others, even when he didn’t know it. His hard work and dedication is responsible for helping change the perspective of both those on the inside of the LGBT community, as well as those on the outside.

It is evident when looking back on Stacy’s life and careers that he has continually fought for equality and fairness for transgender people. It is because of his patience and determination that he has seen the successes in his life. And with such drive and compassion, there is certainly more success to follow.

Listen to His Podcast Episode

The need for acceptance and change is needed now more than ever. With the help of influential people like Stacy, this change can happen. For more information on Stacy’s life and background in the LGBT movement, check out this podcast. 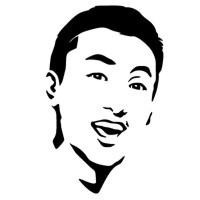